IFA Magazine caught up with ESG veteran, Wayne Bishop, CEO of King and Shaxson Asset Management (KSAM), to discuss the significant rise in popularity of ESG investing and how best advisers can talk to their clients about this powerful driver of investment decisions

2020 saw an explosion in ESG (environmental, social and government) investing. Global sustainable fund assets surpassed $1trn for the first time, and between January and October 2020, 47% of all net money flowing into funds was responsibly invested.

ESG in the DNA

King and Shaxson have a long history of ethical investments going back 20 years. In 2020 KSAM celebrated the ten year anniversary of their flagship model portfolio service.

Wayne started by discussing where his interest in ESG started, all the way back in 1992. At Wayne’s first job in the City he was upset by an investment involving tobacco, “I didn’t know it at the time, but I’d formed a negative screen.”

Around this time when Wayne was looking for investments one piqued his interest, namely Scottish Hydro Electric, a newly privatised energy company on the London Stock Exchange. Wayne reflected on the state of renewable energy at the time, commenting, “back then, wind energy was something for the future, it was so expensive to develop.” Moving on fifteen years, green energy companies were around but they were high risk investments, they were a fringe investment.” Wayne jovially compared that state of affairs to the present commenting “now these green energy companies are pretty boring mid-caps, to be honest with you.”

Renewable energy is just one ESG sector that has reached a point maturity in recent years. Wayne was quick to highlight another – cars. “I live in North London and every day I
see a new electric charging point, even those most critical opponents to electric cars are now saying they are the future.”

In terms of investment opportunities, Wayne continued, “Not only are these sectors maturing, they are becoming some of the most interesting growth areas, especially because there isn’t a lot of growth elsewhere.”

A key development in ESG over the last few years, and particularly in 2020, was changing perception by the public. The stunning growth of ESG companies like Tesla, of course, demonstrate the potential for returns, but Wayne shares a more nuanced analysis.

Wayne points to the demographics of people investing in ESG, saying, “there is a perception that this is the world of millennials. Whilst millennials are very interested in it and it matters to them, it’s actually the parents of millennials who are shifting the dials.”

Wayne points to his generation, Generation X, those in their 40s and 50s, who have either accumulated,
or inherited capital, and are looking to invest it. This demographic grew up with ethical, environmental and social considerations at the forefront of their culture. Wayne pointed out that his generation grew up with Sting and an awareness of deforestation, concluding, “it matters to people how companies behave.”

The type of corporate behaviour Wayne is alluding to is not strictly related to things like carbon neutrality. Wayne continued to say that going forward the sustainable and governance side of ESG will continue to gain interest, suggesting that the COVID crisis looks to be a turning point. He highlights the case of supermarkets returning their business rates relief, something which he says “would not have happened a few years ago. Social considerations have now become so important that these companies were giving money back to the government, money they really could have kept for themselves.”

Wayne suggested this social pressure will stick. “People are going to be asking questions, such as how did companies behave towards their staff and clients, how do they behave in society?” For Wayne this extends into governance too, adding “there will be interesting questions about dividends and taxation in due course.”

Wayne reminds us that the rise of ESG is not wholly because of Generation X’s inclination and the COVID pandemic, but these factors have converged with a far greater flow of information and data. He continued, “information is fast and thorough; if companies are doing something grievous the news will get out there quickly.”

Investors don’t just rely on an ESG report anymore either, companies are locked into ratings agencies, and as Wayne said, “people are watching.”

For Wayne, information was a key factor in the recent growth of ESG, especially in 2020. What was once considered extra data can now provide helpful insights.

Areas avoided by ESG investors, like fossil fuels, performed very badly last year, and companies that had fossil fuel exposure suffered. Wayne explained, “So what we’ve seen is not just ESG investment growing as an area of natural interest, but also by looking at performance and volatility data its done better than conventional investing.” ESG investments have not just outperformed the market in 2020, but they’ve done so with less volatility.

In the past, Wayne noted, ESG investments were often spurred on by the strong moral or environmental conviction of the fund managers. Today, he suggests, ESG is not just about doing good, but also avoiding risk; many managers see it in a much more functional light.

Wayne again added nuance to this, “you have to put data into context,” If one considers something like boardroom diversity, that may look different in different contexts and sectors, so comparing construction to tech will yield different results. Wayne gave a more prescient example, that of animal testing saying “nobody wants to hurt fluffy bunnies to assist the cosmetics industry,” but in the context of medical research in a global pandemic animal testing may be seen a different way. Wayne added, “these are questions that need to be asked and understood, because they have investment outcomes.” No longer are investors taking the view that investing sustainably might mean having to sacrifice investment returns.

How to talk to your clients about ESG

So what are the key points for advisers to broach when discussing ESG matters with clients? Wayne suggests getting to grips with the ‘spectrum of capital,’ a term referencing the degrees of which a clients’ attitude align with ESG investing. He said “some investors might want to just avoid the bad or the worst offenders, some may well want to invest in the best, so as an adviser it is important not to pigeonhole your clients.”

One of the difficulties in the ESG space is certainly the terminology, or rather ‘taxonomy’ as Wayne puts it. He suggests the need to “cut through the soup” and understand how deep a client’s interest in matters of sustainability actually is. He emphasises that often people’s ethical attitudes are not static, and the media go back and readdress where your clients stand.”

Ethics are personal, and Wayne believes strongly that these discussions can help advisers to build more effective client relationships as attitudes increasingly affect matters of portfolio construction and asset allocation.

The influence of politics

We concluded by talking about the significant political and societal shifts that have taken place in 2020, and how they may shape ESG in the near future. Coronavirus accelerated trends in the use of information technology, home working and home learning. Global education is one particular area in which KSAM will focus on in 2021 through home learning technology investments; Wayne said “there is a real feeling of hope in this area.”

That considered, he was keen to highlight how ESG has developed over the last four years, despite figures like former President Donald Trump in the United States promoting the use of coal and pulling out of the Paris Climate Agreement. He said “something we learnt under Trump is that politicians are very influential, but if people don’t like what government does they get on with it anyway.” Wayne pointed to how corporations in the US carried on with their renewable policies anyway stating “it’s actually been quite a good time for renewable energy despite Trump.” With President Biden’s election, Wayne posits the market and politics will realign, which should have a positive effect, but the last years have shown how much matters to the underlying people.

Wayne concluded, “Politicians, governments, and democracy will remain very important but what we have seen over the last few years is an element of people power that we didn’t understand before, where people will carry on with ESG themes regardless of what governments do.”

The demand for greater sustainability and the growing importance of responsible investing is something which advisers and asset managers need to acknowledge and embed within their processes and practices. 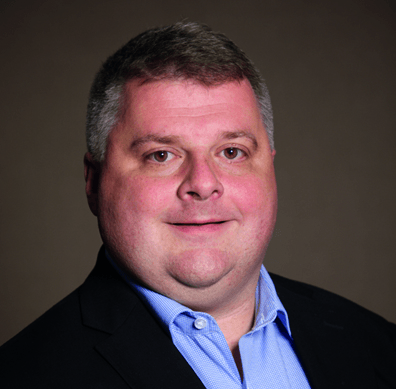 Wayne Bishop leads the Ethical Investing team and is CEO of King and Shaxson Asset Management. He began his career in financial markets in 1991 working in both London and Frankfurt. Wayne has been managing ethical investments since 2002. Since then, the

business has grown from about £3 million to £150 million through organic growth. Wayne has a pan-European equity and fixed income background. He introduced asset and geographical allocation to the ethical fund management division in 2002 and has built the business around the principles of professionalism, common sense, transparency, and genuine ethical values.